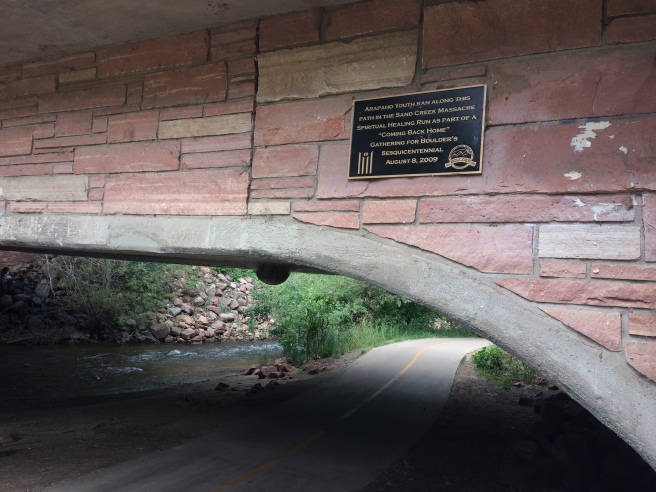 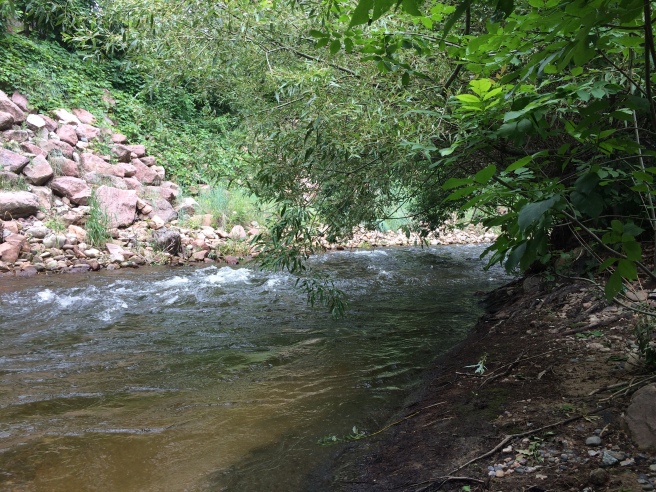 This poem was written from an Earth-healing ritual performed at sunrise on the banks of Boulder Creek, Sunday 24 June 2018.  Having visited Nederland, Colorado, the previous day, and explored the Mining Museum, I became aware of the history of violation that permeates this location.  The American settlement of the area developed through mining – first of gold, then silver, then during WW1 tungsten – for building tanks and other military equipment.  During this time, it was the world’s biggest producer of tungsten for military use.  This mining history moves through the histories of wealth accumulation as power consolidation, through the mining of gold and silver, and into the violence of war as the aggressive assertion of that accumulated wealth and power.  At the wounded heart of this history lies the deeper sadness of the Sand Creek Massacre.  Despite the Fort Laramie Treaty of 1851, ‘on November 29, 1864, a 675-man force of Colorado U.S. Volunteer Cavalryunder the command of U.S. Army Colonel John Chivington attacked and destroyed a village of Cheyenne and Arapaho in southeastern Colorado Territory, killing and mutilating an estimated 70–500 Native Americans, about two-thirds of whom were women and children.’ It was the discovery of gold in the Rocky Mountains, on Arapahoe and Cheyenne land, that led to the massacre.  Violence and violation hand in hand.

The purpose of my visit to Nederland was to purchase a crystal – a smooth Rose Quartz as a gift for CAConrad who had recommended the crystal shop in their Ritual Poetics workshop this week.  I became aware that crystals are also violently mined from the earth and sold for their value.  That evening when I got home, my room mate Tamara consolidated this understanding by explaining to me how some crystals are bombed out of the earth in violent explosions for our consumption.

On waking the next morning, I free-wrote while listening to my Labradorite crystal (a gift from CA to all their poetry students) and was prompted to go out to the Creek and perform the following healing ritual:

Return the labradorite crystal to the earth on the banks of the creek, cover with my receptive hand and listen while chanting the Tibetan healing mantra ‘om mani padme hum’ – which felt like it had deep, earthy vibrations.  Feet barefoot on the mud.  Take notes for the poem.

‘standing in line for death’ is a quotation from CAConrad.

The poem was shaped and written while listening to this Lakota Peyote Healing Song.